(Summary description)The national development and Reform Commission announced the medium and long term development plan for national civil space infrastructure (2015-2025) (hereinafter referred to as the plan), which proposed that the national civil space infrastructure system should be basically completed during the 13th Five Year Plan period, and the "integration of heaven and earth" should be developed simultaneously to promote the commercial application of satellites. (Summary description)The national development and Reform Commission announced the medium and long term development plan for national civil space infrastructure (2015-2025) (hereinafter referred to as the plan), which proposed that the national civil space infrastructure system should be basically completed during the 13th Five Year Plan period, and the "integration of heaven and earth" should be developed simultaneously to promote the commercial application of satellites.

Information
The national development and Reform Commission announced the medium and long term development plan for national civil space infrastructure (2015-2025) (hereinafter referred to as the plan), which proposed that the national civil space infrastructure system should be basically completed during the 13th Five Year Plan period, and the "integration of heaven and earth" should be developed simultaneously to promote the commercial application of satellites.
After the release of the plan, two Chinese listed companies successively joined hands with Gilat, a world-famous satellite communication network product and service provider in November: CRRC and Gilat cooperated on "global rail transit satellite communication ecosystem" on November 18; Recently, synergetic communication (01613, HK) and Gilat signed a strategic cooperation memorandum and a technology introduction agreement for the upgrading and transformation of gateway stations to jointly build a "ground to air information network".
CRRC develops vehicle mounted "new satellite"
The introduction of top-level design of space infrastructure is expected to accelerate the development of satellite navigation industry. According to relevant data, it is estimated that the annual value of China's satellite navigation application industry will exceed 400 billion yuan in 2020.
According to the research and analysis of GF Securities (000776 announcement, market, information and financial report), the proportion of global satellite manufacturing and satellite application revenue is 1:9. The barrier of satellite application is not high, and private enterprises can fully participate in the competition. In terms of operation services, the commercialization of satellite communication and satellite remote sensing in China has just started, and the future is full of opportunities.
In this context, Hong Kong stock cooperative communication and Gilat will jointly develop the next generation satellite communication products based on the joint venture jointly established.
The satellite broadband service gradually implemented in the field of high-speed rail and civil aviation has also brought development opportunities for the domestic satellite service industry, which directly contributed to the cooperation between Gilat and CRRC.
Gilat and CRRC indicated that they would jointly develop "new satellites": the two sides would cooperate to develop high-speed rail on-board satellite equipment prototypes and develop satellite equipment and service platforms, including: jointly develop and produce on-board satellite communication access systems that meet the requirements of different models of CRRC; Develop a satellite network management platform suitable for CRRC's global operation; Build an industry wide "communication in motion" ecosystem.
Synergetic communication also signed an agreement with Gilat on the introduction of gateway station upgrading technology. In addition to Gilat's industry-leading gateway station and VSAT technology, it will also expand the overall capacity of "synergetic 1" broadband satellite system to provide the fastest satellite remote station in the world.
The reporter of the daily economic news noted that Gilat and synergetic communication had long been interested in cooperation: on December 10, 2014, Gilat senior management expert team visited synergetic communication, and the two sides had substantive exchanges on cooperation.
Katz, vice president of Gilat, said that Gilat has the production and R & D capacity of satellite ground system and terminal, while collaborative communication has China's largest "collaborative one" ipstar broadband satellite resources. Gilat will provide system technical support for collaborative "4G mobile satellite telephone communication network system", and the two sides will jointly develop satellite communication business.
Private enterprises build "ground air information network"
In recent years, China has successively exported a number of communication satellites and remote sensing satellites, and has cooperated with France and other countries in R & D“ "One belt, one road" involves more than 60 countries and regions. Most countries have demand for satellites but do not possess development capability, which will bring incremental market space for China's enterprises.
After nearly 40 years of development, China launched 266 satellites by the end of 2014. It is estimated that China will launch at least 120 satellites in the next five years, and the satellites launched later will be mainly commercial applications, of which the communication satellite technology is the most mature and has the greatest potential.
At present, there are more than 1.06 million registered fishing vessels in China, and their demand for mobile satellite communication bandwidth is up to 30g; There are more than 2 million long-distance and tourist buses in China, and the demand for mobile satellite WiFi bandwidth exceeds 100g; In addition to high-speed rail WiFi and civil aviation WiFi, China has a demand for hundreds of G bandwidth for 4G mobile satellite telephone communication network system.
Synergetic communication has "synergetic 1" 12gbps satellite, but its total amount still can not meet the demand of the Chinese market for "4G mobile satellite telephone communication system". Therefore, synergetic communication announced on June 19, 2014 that it had signed a strategic cooperation agreement with China Great Wall Industry Hong Kong Co., Ltd., a wholly-owned subsidiary of China Great Wall Industry Group, to jointly launch "synergetic 2" communication satellite.
This cooperation with Gilat will be another measure for collaborative communication to upgrade its own satellite communication services. Han Weining, CEO of synergetic communication, said in an interview with the daily economic news: in the future, synergetic communication group will build a "ground to air information network" by combining Gilat's core equipment and technology, as well as its own products and technologies.
Coo Gai Berkovich of Gilat satellite network Co., Ltd. said: with the expansion of high-throughput satellites, airborne communications, broadband access in remote areas and end-to-end services, the growing Chinese market will become the strategic pillar of Gilat.

More
There is currently no information to display
Please add data record on website background. 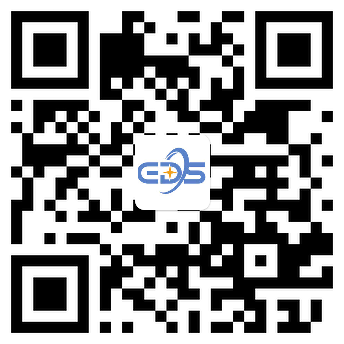 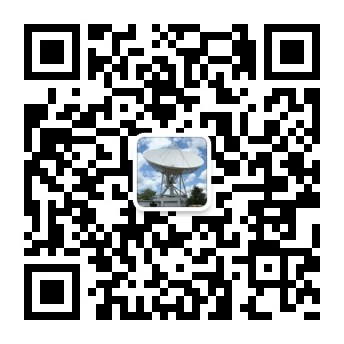